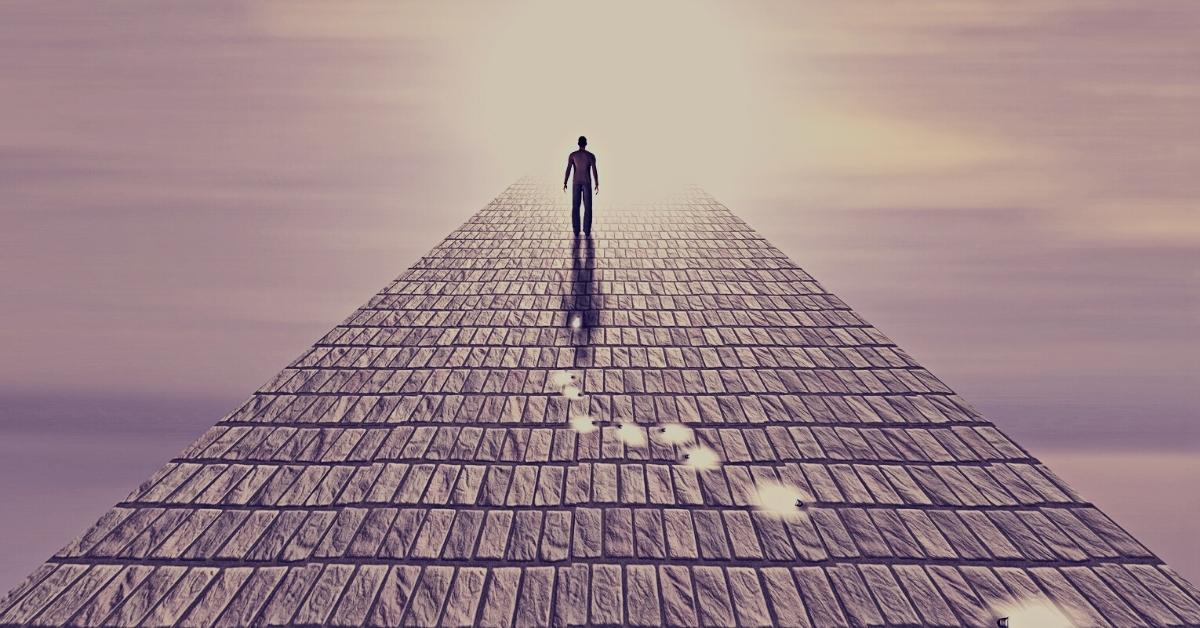 With this work, we continue to serve the One Infinite Creator in our own unique ways. We hope to support anyone on a spiritual path, especially students of the Law of One Material.

The Ra Material is one of the most highly respected and referenced sources of information on the subject of Soul evolution and ascension. The material was put together as Ra answered questions posed by Don Elkins, channeled through Carla Rueckert. The answers were transcribed by my friend and Carla’s husband, Jim McCarty.

This blog post is based on a sensational conversation Jim McCarty and I had, in which we discussed the 8 densities of Soul Evolution. With this work, we continue to serve the One Infinite Creator in our own unique ways. We hope to support anyone on a spiritual path, especially students of the Law of One Material. We also hope to help you expand your consciousness so you can remember who you truly are.

Who is Ra, author of the Law of One Material? 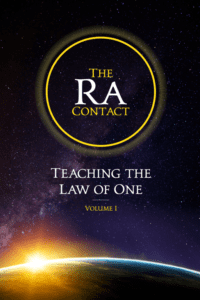 Ra is a sixth-density social memory complex that channeled the Law of One teaching and philosophies. They are not physical beings, but rather are energy beings that inhabit the non-physical planes. They claim they are moving into seventh-density.

Ra’s purpose is to help humanity evolve and achieve spiritual enlightenment. They have been working with humanity for many millennia, most recently in the 1980s when they channeled the Law of One Material through Carla. Their teachings are based on the principles of free will and the Law of One. In other words, they teach that every iota of existence comes from and is an expression of the One Infinite Creator. Fun fact, Ra also claims they built the pyramids in Egypt as a means to help humanity remember who they truly are by meditating.

Ra discusses the 8 densities of Soul Evolution during their channeling, and I briefly introduce all eight, next. For a more in-depth discussion of the 8 densities of soul evolution, I invite you to watch my conversation with Jim McCarty at the end of the blog.

What are the 8 densities of soul evolution?

The 8 densities of soul evolution are one way we can make sense of the spiritual evolution of our souls. According to Ra, they are 8 soul densities that souls move through as they continue to evolve, grow, and expand consciously. Each one of the densities represents a different level of soul growth and awareness. Each density also offers unique experiences and challenges that a soul must learn/master in order to move into the next density. Ascension is the process of a soul moving through the 8 (really, infinite) different densities.

What happens after a soul moves through all 8 densities? 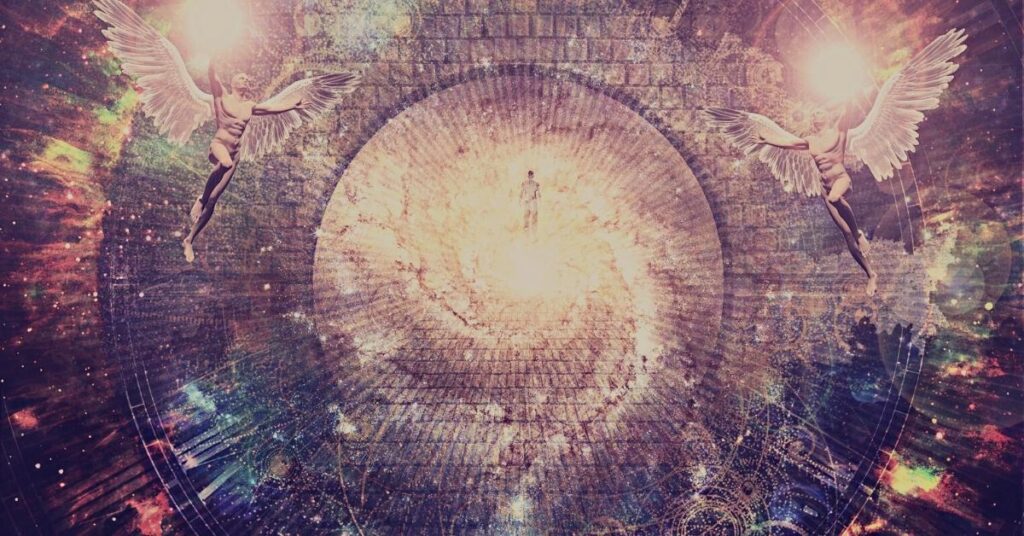 Soul moving through one of the 8 densities.

After a soul has moved through all 8 densities, it moves into the next octave of another 8 densities and continues its expansion. According to Ra, 8 densities represent one octave of evolution. The eighth density within an octave represents the first density of the next octave. Since souls and densities are unique expressions of the One Infinite Creator, there is no end to the continued growth and expansion a soul can experience. The densities and octaves are both infinite. They go one forever.

Is movement through the 8 densities sequential for all souls?

In a way, maybe movement through the 8 densities is standard. But this is not necessarily always the case. There are an infinite number of ways souls move through the 8 different densities. For example, throughout the universe, there are worlds where trees are living as fourth, fifth, or even sixth density beings. Meanwhile here on earth, they represent second density beings working to gain awareness so they can transition into third density awareness.

In my conversation with Jim (which you can watch below), he briefly shares the UFO visit and abduction of Charles Hickson and Calvin Parker while fishing. They were abducted by ‘tree-stump-looking-entities’ from the Sirius star system, who had attained advanced third density status. The entities were here on Earth, accidentally, to discover more about third density entities who had experienced war. This was an opportunity for them to expand their consciousness since trees are naturally in a meditative state and these visitors in particular had never experienced war.

The 8 densities of soul evolution: 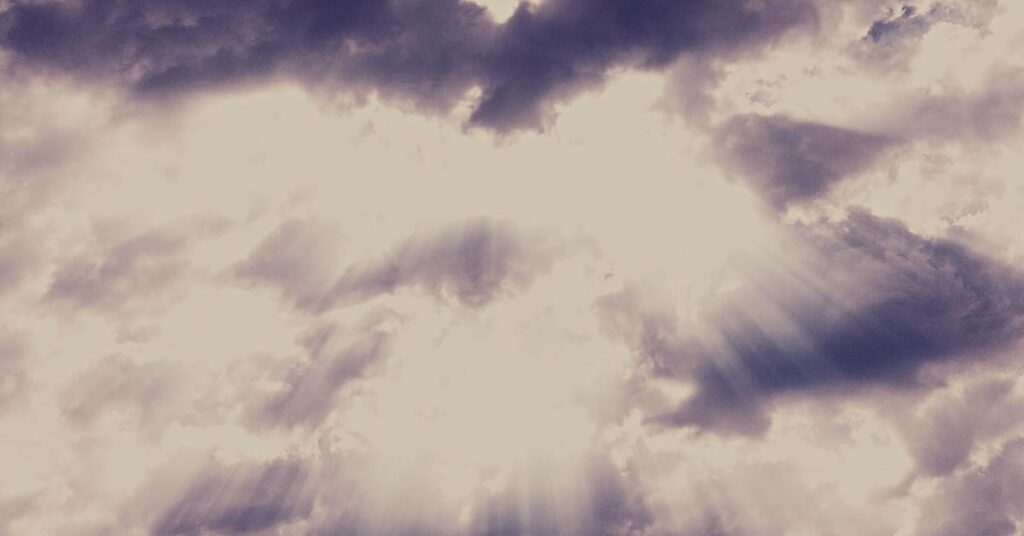 Ascension is moving through the 8 densities in an octave.

1. The first density of soul evolution:

The first density of soul evolution is the formless stage. In this phase, the soul exists in a state of chaos – controlled chaos. The soul has not yet become self-aware, nor has it taken physical form as we know it. There are no life forms in this density, only the elements of earth, wind, water, and fire. In this density, these elements are preparing themselves to be able to sustain life, which begins to form in the second density.

2. The second density of soul evolution:

The second density of soul evolution is where individualized awareness begins to take form. The soul starts to develop self-awareness. This level of consciousness is expressed through life forms that have moving physical/body parts, including bacteria, animals, and plants. Our pets are great examples of second-density beings close to making the transition to third density. The mineral kingdom is also within the second-density of soul evolution, as they are the foundation for all life on the planet. Beings in this density work on gaining individualized awareness and their abilit to receive and share love.

3. The third density of soul evolution:

The third density of soul evolution is made up of the majority of the current human race. In third density, entities are self-aware and have a mind-body-spirit complex. In this density, humans are tasked with making choices in order to polarize positively or negatively.

To speed up polarization, third-density beings go through a veil of forgetfulness. The veil causes third-density beings to forget that they are indeed the One Infinite Creator. The key to remembering that they are the One Infinite Creator is to make choices based on unconditional love, instead of fear, at least 51% of the time. This allows third density humans to break through the veil of forgetfulness and graduate into the fourth density.

4. The fourth density of soul evolution:

The fourth density of soul evolution is made up of souls who have polarized either positively or negatively. To polarize negatively, souls need to make choices that only benefit themselves 95% of the time. This is much harder than polarizing positively.

In the fourth density, souls are further refining their understanding of unconditional love. It is no longer a choice based on blind faith as in third density. Souls use this understanding to recruit others through influence, rather than force, to join their polarity. The fourth density is also where social memory complexes begin to form.

5. The fifth density of soul evolution:

In the fifth density, souls continue to work on gaining wisdom about their polarity, either positive or negative. They learn how best to use their level of conscious awareness to serve unique expressions of the One Infinite Creator.

6. The sixth density of soul evolution:

As we move higher up in densities, Ra explains that it becomes harder and harder to adequately describe, given our limited consciousness and language. As best as they can, Ra explains that sixth density is where all differences are reconciled and polarization disappears. Souls in this density exist as part of a social-memory-complex. Ra, for example, is a sixth density social memory complex comprised of 6.5 million souls.

7. The seventh and eighth density of soul evolution:

In the seventh and eighth densities, souls continue to evolve, expand their consciousness, and grow. They move closer and closer on their journey back to the One Infinite Creator. And as you may recall, the eighth density is the first density in the next octave of densities a soul goes through to continue its evolution.

Who are wanderers and what is their role in soul evolution? 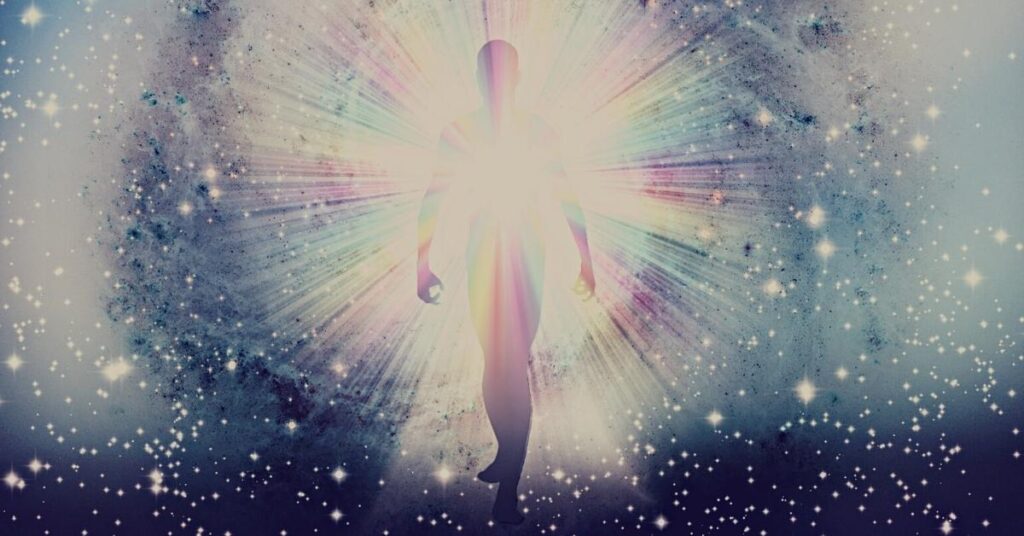 A wanderer who has achieved third density polarization.

According to Ra, wanderers are souls who have already graduated third density either on this planet or on another. They have already polarized either positively or negatively. They are often fourth, fifth, or sixth density entities.

Wanderers, also known as Starseeds, or Empaths, return to lower densities, often third density, to provide support to souls on a planet transitioning into a higher density. Many such wanderers are currently on the planet today. They have returned to help our planet transition from third to fourth density. One such wanderer is Jim McCarty. His late wife, Carla, and their partner, Don Elkins were all wanderers, too.

Carla wrote the Wanderer’s Handbook to support individuals who may feel or think themselves to be wanderers.

To conclude, the Ra material provides very detailed information and descriptions about the 8 densities of soul evolution. As I initially explained, understanding these densities can be a valuable resource for remembering who you truly are. It can support your spiritual growth and ascension progress.

If you would like to learn more about this information, I recommend reading The Ra Contact: Teaching the Law of One, volumes I and II. You are also invited to watch the in-depth conversation on all 8 densities of soul evolution between Jim McCarty and myself in the video below. An Amazing Chat About The One Infinite Creator with Jim McCarty 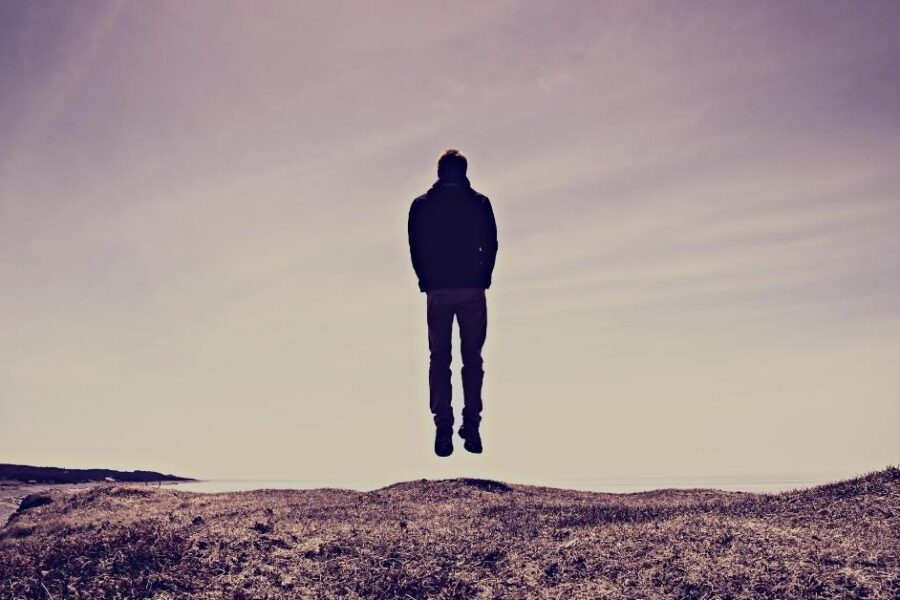 How To Meditate Spiritually: A Beginner’s Guide